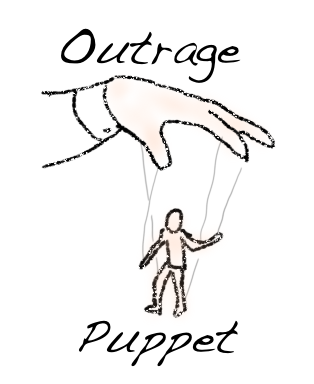 Hardly a day goes by when mainstream (or alt) press, facebook or twitter doesn’t report some event, quote or photo that promotes feeling of outrage, sufficient to stir the emotions, galvanising us to share or retweet some sound bite, MEME image or story.

Whether innocuous or deliberate, wether reported about someone important or someone that wants to be important it matter little. It’s easy to let it trigger our emotions through our basal tribal behaviour (our biology is wired for it) to protest the offence across our modern bastions of information and truth ….social media,. And in that moment there is little intrest in the full story,  in a familiar emotion clouds intellect moment. Inevitably the largely good works of public figures over many years are suddenly erased and falling on swords often ensues, ultimately to the detriment of the community.

And as if that isn’t enough cue then the outrage against the outrage and it lives for a least a second media cycle, mean while the big issues of our time hide in the corners ….

Dan has been working with technology ever since he discovered he had opposable thumbs and likes to write about his consulting work, life and hobbies. View all posts by Dan